How many of you get a bit queasy in a Chinese restaurant when you watch everyone dipping and re-dipping into the shared dishes with their own chopsticks? Well, you’re not being a hypochondriac or showing Western cultural insensitivity — there is indeed a major transfer of viruses and bacteria from all that back-and-forth in the dishes. And yes, someone actually studied this; in a 2009 study from Clemson University, some researchers measured the antibiotic levels in chicken broth and rice in multiple scenarios, using spoons, chopsticks and hands.

Other research has also suggested that such sharing of utensils is a common cause of spreading infections such as H pylori, hepatitis, and simple colds and flu, as well as many gastroenteritis bacteria. For example, one study in Melbourne showed evidence of transmission of H pylori in Chinese immigrants via chopsticks, commenting in the abstract that “this study suggests person-to-person transmission of H. pylori via the oral-oral route with ethno-specific food practices an important risk factor.”

Another study, from Hong Kong, in 2005 found a high prevalence of H pylori in children and concluded that “H pylori has a high prevalence in Chinese children with increasing age. Eradication efforts seem to be unsuccessful in the reduction of prevalence. We hypothesize that this may be owing to cross-infection at meal times from sharing chopsticks.”

So What To Do?

Well, that’s a major, major question, isn’t it? I think it would be rude in most circumstances to make a fuss at a large dinner gathering, especially if you’re a guest. But no matter what, the risk is there, so perhaps with much public education, many more restaurants will automatically supply extra chopsticks or spoons with the common dishes. All the high-end restaurants already do this; a major public health breakthrough would require such practices spreading to the far more numerous medium and small restaurants.

In the meantime, certainly at home you should take control and provide each dish with separate utensils. Also, you could also start carrying around and using your own metal chopsticks. I got a pair at Muji and use it at work every day. No, I never got the courage to bring a second pair to restaurants, but it’s not a bad idea at all, especially as a way to cut down on disposable chopstick use.

Request for A Free Quote Today

We are The earliest bamboo chopsticks Factory in China,We Will offer You Our factory Price With High Quality Products. 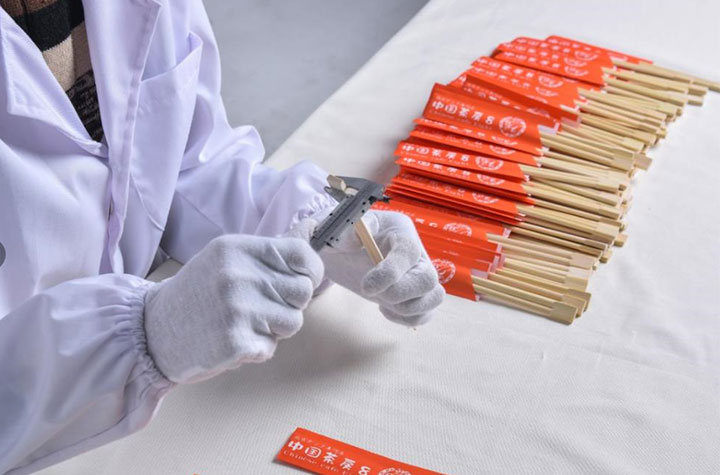